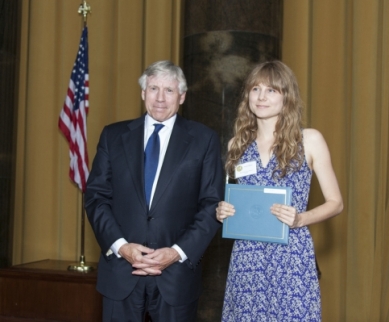 Annie is a member of New Dramatists, the MCC Playwrights Coalition and she is a Residency Five Playwright at the new Signature Theatre. Recent honors include a United States Artists Collins Fellowship, New York Drama Critics Circle Award, a Lilly Award, a Time Warner Storytelling Fellowship and a Master Artist Residency at the Atlantic Center for the Arts. An anthology of her work, The Vermont Plays, has been published by TCG, and her adaptation of Uncle Vanya had its World Premiere at Soho Rep in June 2012.The Flick is a play by Annie Baker that received the 2014 Pulitzer Prize for Drama and won the 2013 Obie Award for Playwriting.The Flick premiered Off-Broadway at Playwrights Horizons in 2013.