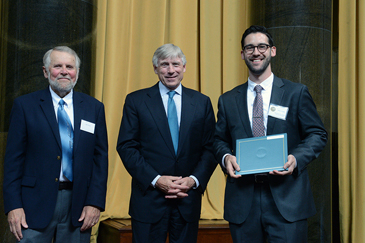 Adam Zyglis is a Pulitzer Prize-winning American editorial cartoonist who works for the Buffalo News of Buffalo, New York,where he replaced fellow Pulitzer Prize–winner Tom Toles, when Toles became the cartoonist for the Washington Post. Zyglis is also nationally syndicated through Cagle Cartoons.Before beginning at the News, Zyglis was the cartoonist for The Griffin, the student newspaper at Canisius College, from which he graduated in 2004.

He has additionally also done freelance work and caricatures and cartoons for the weekly alternative Artvoice. Zyglis has won awards from the Associated College Press, and the Universal Press Syndicate, and has been nominated for several other national cartooning awards. He placed 3rd in the 2007 and 2011 National Headliner Awards.In 2013 he won the Clifford K. and James T. Berryman Award, given by the National Press Foundation.Zyglis was awarded the 2015 Pulitzer Prize for Editorial Cartooning for using, in the committee's citation, "strong images to connect with readers while conveying layers of meaning in few words. "