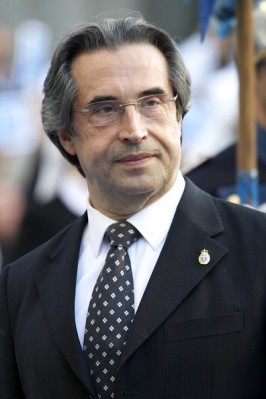 Riccardo Muti (born 28 July 1941) is an Italian conductor. He holds two music directorships: the Chicago Symphony Orchestra and the Orchestra Giovanile Luigi Cherubini. Previously he held posts at the Maggio Musicale in Florence, the Philharmonia Orchestra in London, the Philadelphia Orchestra, the Teatro alla Scala in Milan and the Salzburg Whitsun Festival. Muti has been a prolific recording artist and has received dozens of honors, titles, awards and prizes. He is particularly associated with the music of Giuseppe Verdi.In 2011 he won the Princess of Asturias Awards for the arts.