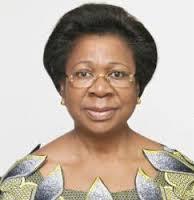 Dr. Uche Veronica Amazigo is considered a leading figure in the introduction and application of community-directed treatment and control of important diseases. She developed a model that made it possible for community members to play a role in distributing medicine to the affected population. Dr. Amazigo is instrumental in the success of the control of Onchocerciasis (river blindness) in strengthening community health system in 500,000 communities across 19 countries covered by the African Programme on Onchocerciasis (APOC) of the World Health Organization, especially while she was Director of the Programme from 2005-2011.

This approach changes the effectiveness of the treatment, is cost-effective and tremendously increases the coverage of patients being treated by drug, as it proved that community members can also take on the role normally played by more highly trained healthcare specialists. The concept of community-directed treatment has then been implemented in several countries across Africa and around the world. In 2015, an estimate of 90 million people will regularly receive the treatment for Onchocerciasis and 40,000 people will be prevented from risking the disease annually.She won Prince Mahidol Award in 2012.