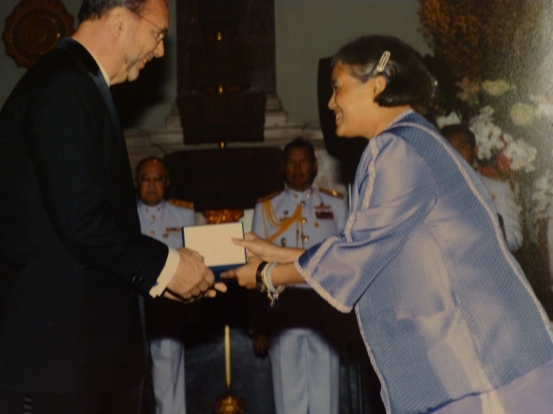 Baron Peter Piot,(born 1949) is a Belgian microbiologist known for his research into Ebola and AIDS. After helping discover the Ebola virus in 1976 and leading efforts to contain the first-ever recorded Ebola epidemic that same year, Piot became a pioneering researcher into AIDS. He has held key positions in the United Nations and World Health Organization involving AIDS research. He has also served as a professor at several universities worldwide.He won Prince Mahidol Award in 2013.