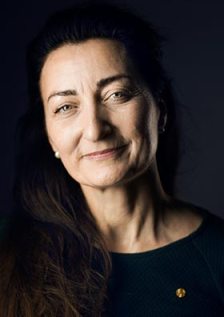 May-Britt Moser (born 4 January 1963) is a Norwegian psychologist, neuroscientist, and founding director of the Kavli Institute. She and her husband, Edvard, pioneered research on the brain's mechanism for representing space.The Mosers were appointed associate professors in psychology and neuroscience at NTNU in 1996, less than one year after their Ph.D defenses. They established The Centre for the Biology of Memory (CBM) in 2002 and the Kavli Institute for Systems Neuroscience and Centre for the Biology of Memory at the Norwegian University of Science and Technology (NTNU) in Trondheim, Norway, the fifteenth in the world and the fourth in neuroscience, in 2007.She receive Perl-UNC Prize in 2013 for discover of Key Principles Governing the Internal Representation of Space and Episodic Memory.

May Britt Moser Other Awards