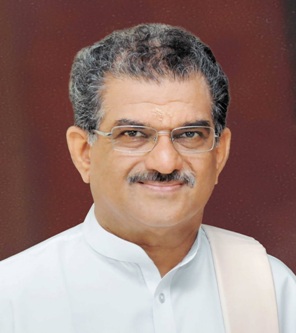 Dr. D. Veerendra Heggade (born November 25, 1948) is a philanthropist and the hereditary administrator/Dharmadhikari of the Dharmasthala Temple. He succeeded to the post of Dharmadhikari at the age of 20, on October 24, 1968 becoming the 21st Dharmadhikari of Dharmasthala Temple.In less than four decades, since he assumed responsibilities in 1968, he has carried his heritage to greater heights. Not only by continuing to protect the essence of the Kshetra, but also by achieving remarkable progress in his service to mankind.

Considering the magnanimous service rendered by Dr.D.Veerendra Heggade to mankind, several organizations, Universities, Government Bodies have honored him with awards.In April 1993 he was honored with the title Rajarshi by Shankar Dayal Sharma, President of India.Dr. Heggade has also been honoured with the Padma Vibhushan award, India's second highest civilian award.He has been awarded with the coveted Karnataka Ratna award for the year 2009. This has been awarded to Dr.Heggade as a recognition to his outstanding contribution to humanity. Karnataka Ratna is the highest civilian award in Karnataka.