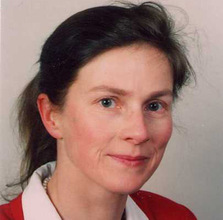 The German Sanskrit researcher Annette Schmiedchen awarded the Indian civilian award Padma Shri. He was a great encouragement for those who studied Sanskrit in India and abroad, said Schmiedchen, who teaches at the Martin-Luther-University Halle-Wittenberg.Annette Schmiedchen studied Pre-modern Indian History and Indology at Humboldt University, Berlin,and at Martin Luther University, Halle / Wittenberg. She obtained her PhD from Humboldt University in 1994 with a thesis on “Grants of Villages, Land, and Money in Favour of Buddhist Monasteries in Northern India from the 5th to the 8th Centuries”.