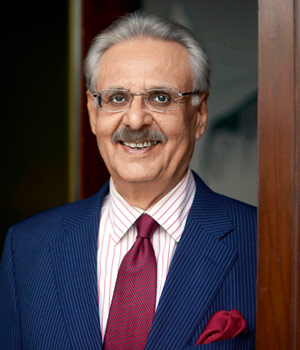 Yogesh Chander Deveshwar is an Indian businessman and mechanical engineer. He serves as the Chairman of ITC Limited. He was born on 4 February 1947 in Ã?Â Lahore, British India. He received his Bachelor of Technology Degree in Mechanical Engineering from the Indian Institute of Technology, Delhi in 1968. Y C Deveshwar joined ITC Limited in 1968. He was appointed as a director on the board of the company in 1984 and became the Chief Executive and Chairman of the Board in 1996. In 1968, Y. C. Deveshwar joined the Indian Tobacco Company (ITC) as a management pupil. In 1972, he was made the MBO advisor to the Corporate Headquarters in Kolkata. In 1974, he took over as the factory manager in ITC's Packaging and Printing Plant in Chennai. In 1984, he was made a Director and since 1996 is serving as the Chief Executive and the Chairman of ITC Foods Limited. Under Y. C. Deveshwar's leadership, the sustainability efforts of ITC took new shape, courtesy innovative business models. In 2004, ITC became the first Indian organisation to submit its sustainability report as per the guidelines of the Global Reporting initiative. Under Deveshwar, ITC won the 'World Business Award' given jointly by the United Nations Development Program (UNDP), International Chamber of Commerce (ICC) and International Business Leader's Forum (IBLF). ITC's 'e-Choupaw' which is a digital infrastructure plan to empower the farmers in India is being taught in the Harvard Business School. It won the organisation, the 'Development Gateway Award' in Beijing in 2005.

Y. C. Deveshwar has been at the helm of ITC's affairs for about fifteen years and is the longest serving Chairman in the history of the organization. In 1991, he was chosen to head Air India as Chairman and Managing Director. He was successful in this assignment and was also a Member of the Board of Indian Airlines, International Airports Authority of India, Airports Authority of India and Air Mauritius Limited. In 2011, Deveshwar received the Padma Bhushan, India's third-highest civilian award.