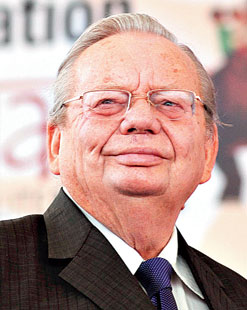 Ruskin Bond is an Indian author of British descent. He lives with his adopted family in Landour, in Mussoorie. The Indian Council for Child Education has recognized his role in the growth of children's literature in India. He got the Sahitya Academy Award in 1992 for Our Trees Still Grow in Dehra, for his published work in English. He was awarded the Padma Shri in 1999 and Padma Bhushan in 2014. Ruskin Bond was born in Kasauli, Himachal Pradesh, in May 19, 1934. In course of a writing career spanning forty years, he has written over a hundred short stories, essays, novels, and more than thirty books of children. Three collections of short stories, The Night Train at Deoli, Time Stops At Shamli, and Our Trees Still Grow In Dehra have been published by Penguin India. he has also edited two anthologies, The Penguin Book Of Indian Ghost Stories, and The Penguin Book Of Indian Railway Stories.

The Room On The Roof was his first novel, written when he was seventeen and it recieved the John Llewellyn Rhys Memorial prize in 1957. Vagrants In The Valley was also written in his teens and picked up from where The Room On TheRoof leaves off. These two novellas were published in one volume by Penguin India in 1993 as was a much-acclaimed collection of his non-fiction writing, Rain In The Mountain, Delhi Is Not Far : The Best Of Ruskin Bond was published by Penguin India the following year.