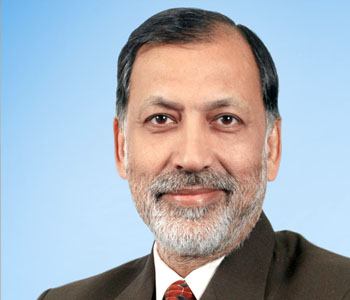 Rajendra Singh Pawar is an Indian businessman and the chairman of NIIT which he co-founded NIIT along with Vijay K. Thadani. He was born on March 6, 1951 in Jammu. Pawar is an alumnus of Scindia School, Gwalior and Indian Institute of Technology, Delhi. He graduated from the IIT, Delhi in 1972 and was awarded an Honorary Doctoral Degree by the Rajiv Gandhi Technical University in 2005.Pawar has played active role in instituting quality processes and Phil Crosby's Complete Quality Management System in NIIT. Pawar is a member of the National Task Force on Information Technology and Software Development. He heads the Quality Committees of various Industry bodies, including the South African President's International Advisory Council on Information Society.

Pawar was awarded Padma Bhushan by the President of India in 2011 and has led several ICT industry initiatives and played a significant part in shaping the IT policies of the Government of India. Pawar has worked closely with the country's educational institutions. He is on the Board of Governors of India's first global business school, the Indian School of Business; and the Scindia School. Mr. Pawar is a member on the Prime Minister's National Council on Skill Development and has served on the Prime Minister's National Task Force (1998) commissioned to develop India into an IT Superpower. An advisor to the Hunan Province of China, he has also been a member of PIAC (Presidential International Advisory Council) of the Government of South Africa for IT. As a founding member of the International Business Council of the World Economic Forum, Mr. Pawar is deeply engaged in addressing issues of global significance.