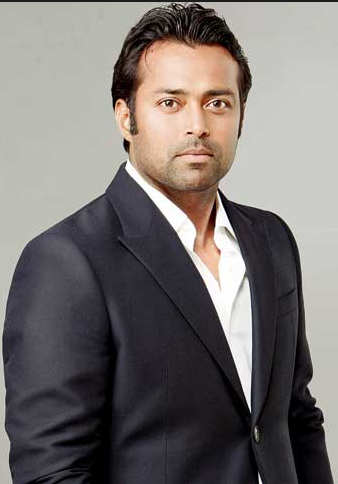 Leander Adrian Paes is an Indian professional tennis player who is considered to be one of the best doubles and mixed doubles players in the world. Leander Paes  was born in Goa on June 17, 1973 and brought up in Kolkata. Paes began playing tennis at the age of five, and in 1985 he joined a tennis academy in Madras. He won the 1990 Wimbledon junior title and was briefly ranked the number one junior player in the world. Paes joined the Indian Davis Cup team in 1990 and turned professional in 1991. In 1996 when he took the men’s singles tennis bronze medal at the Atlanta Olympic Games, he became the first Indian athlete since 1952 to win an individual Olympic medal. The highpoint of his career came when in 1996,when he won a bronze medal at the Atlanta Olympics. Among the many titles he has won in his illustrious career, mention made be made of the doubles titles at the 2006 US Open partnering Martin Damm, the 2001 French Open doubles title partnering Mahesh Bhupathi, the 1999 Wimbledon doubles title partnering Mahesh Bhupathi and the 1999 French Open doubles titles partnering Mahesh Bhupathi. He has won the Mixed Doubles crowns at the 2003 Australian Open partnering Martina Navratilova and the 1999 Wimbledon mixed doubles crown partnering Lisa Raymond.