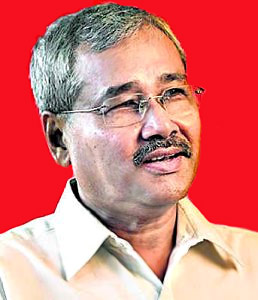 Jahnu Barua (1952) is a multiple national and international award-winning Indian film director from Assam.He has directed a number of Assamese and Hindi films, and along with Bhabendra Nath Saikia was one of the pioneers of Assamese Art cinema. He is best known outside Assam for his Hindi film Maine Gandhi Ko Nahin Mara, a drama which uses the principles of Gandhism for its thematic backstory.The Government of India honoured him with the Padma Bhushan in 2015 for his contributions to the arts.