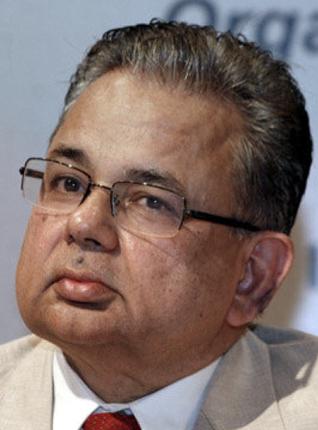 Dalveer Bhandari is a member of the International Court of Justice and was a judge of the Supreme Court of India. He was born on October 1, 1947 in Jodhpur. He was unanimously elected as President of the India International Law Foundation in 2007 and continues in that position. He served as a judge in the High Court of Delhi and then was the Chief Justice of the Bombay High Court, one of the largest and oldest High Courts in India. Dr. Bhandari had a distinguished and successful career as an attorney at law for 23 years before he became a judge in the Indian higher judiciary in 1991. In 2014, President of India conferred Bhandari with Padma Bhushan, third highest civilian award in India. He has also served as the chairman of the Supreme Court Legal Services Committee and was nominated as the Chairman of the Mediation and Conciliation Project Committee and was supervising mediation and conciliation programmes all over the country. He swore in as a member of the International Court of Justice on 19 June 2012.