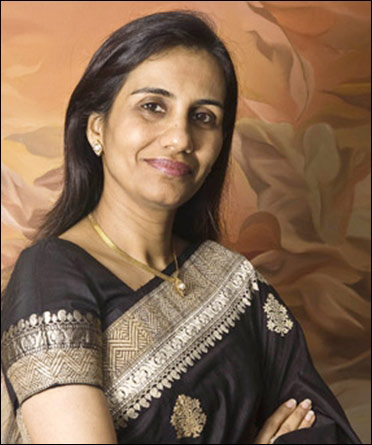 Chanda Kochhar is the managing director (MD) and chief executive officer (CEO) of ICICI Bank, India's largest private bank and overall second largest bank. She was born on 17 November 1961 in Jodhpur, India. She then joined Jai Hind College in Mumbai for a Bachelor of Arts degree. After completing her graduation in 1982, she pursued cost accountancy (ICWAI). Later, she did her Master's degree in management studies from the esteemed Jamnalal Bajaj Institute of Management Studies in Mumbai from where she received a Wockhardt Gold Medal for Excellence in Management Studies. In the same year, she won the J.N Bose gold medal for Cost Accountancy.

In 1984, after her masters, Chanda Kochhar joined 'The Industrial Credit and Investment Corporation of India Limited' or ICICI Limited as a management trainee. In her initial years in ICICI, she handled project appraisal and monitoring and various projects in Petrochemicals, Textile and Cement and Paper. In 1994, she became the Assistant General Manager and was promoted to the post of Deputy General Manager in 1996. She headed the Infrastructure Industry Group of ICICI. In 1999, she was promoted as the General Manager and became the head of ICICI's 'Major Client Group' which handled relationships with the top 200 clients of the organisation. In 1999, she started handling the Strategy and E-commerce divisions of ICICI. Under Kochhar's leadership, ICICI began its retail business in 2000 and in the next five years, became the biggest retail financer in India. In 2001, she became the executive director of ICICI bank. In April 2006, she was appointed as the Deputy Managing Director of ICICI bank and managed the corporate and retail banking business of ICICI bank. From October 2007 to April 2009, she was the Chief Finance Officer (CFO), Joint Managing Director (JMD), and the official spokesperson of ICICI. She was also the head of the Corporate Center of ICICI bank, the director of the ICICI group of companies, Chairperson of ICICI Bank Eurasia Limited Liability Company and ICICI Investment Management Company Limited. Chanda Kochhar also held the positions of Vice-Chairperson of ICICI Bank UK and ICICI Bank Canada and the position of Director of ICICI International Limited and ICICI Prudential Life Insurance Company Limited. In May 2009, she was appointed as the Managing Director and the Chief Operating Officer of ICICI bank for a term of five years. In 2011, Kochhar received the Padma Bhushan Award, the third highest civilian honour awarded by the Government of India, for her services to the banking sector.