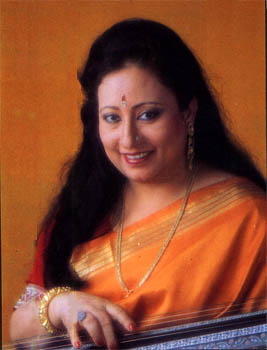 Begum Parveen Sultana is an Assamese Hindustani classical singer of the Patiala Gharana. She was awarded the Padma Shri (1976), Padma Bhushan (2014) by the Government of India, and the Sangeet Natak Akademi Award, 1999, given by Sangeet Natak Akademi, India's National Academy of Music, Dance and Drama. He was born on July 10, 1950 in Nagaon. Parveen gave her first stage performance in 1962 when she was only 12 and has been recording music since 1965. Sultana has sung for movies such as Gadar, Kudrat, Do Boond Pani, and Pakeezah. Recently, she sang the theme song of Vikram Bhatt's 1920. She also sang Humein Tumse Pyaar Kitna for the film Kudrat in 1981. She has recorded for HMV, Polydor, Music India, Bharat Records, Auvidis, Magnasound, Sonodisc, Amigo.