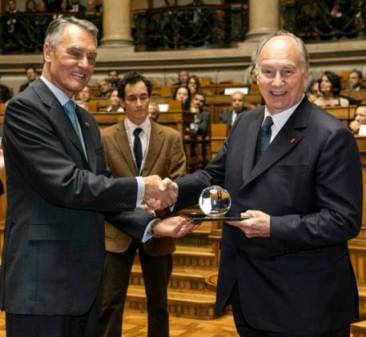 Prince Shah Karim Al Hussaini, Aga Khan IV,was born on 13 December 1936, in Geneva, Switzerland. He is a British business magnate,racehorse owner and breeder,as well as being the 49th and current Imam of Nizari Ismailism, a denomination of Ismailism within Shia Islam consisting of an estimated 20-30 million adherents (about 20 % of the world's Shia Muslim population).He has held this position of Imam, under the title of Aga Khan IV, since 11 July 1957, when, at the age of 20, he succeeded his grandfather, Sir Sultan Muhammad Shah Aga Khan III.He received North–South Prize in 2013.