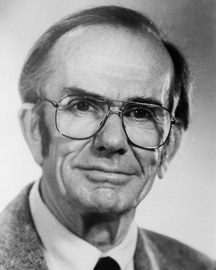 Thomas Eisner was a German-American entomologist and ecologist, known as the "father of chemical ecology." Born in Berlin, Germany, on June 25, 1929 Thomas Eisner became a naturalized American citizen, and applied to Cornell University as an undergraduate, but was rejected. He received his B.S. and PhD degrees from Harvard University, and joined Cornell’s entomology faculty in 1957. In 1964, he helped found the Department of Neurobiology and Behavior, where he worked until his death. He received numerous honors, including the Tyler Prize for Environmental Achievement, the Harvard Centennial Medal, the 1994 National Medal of Science and the Lewis Thomas Prize for Writing about Science.