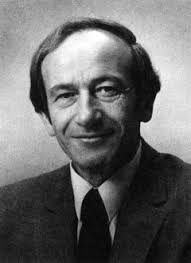 Solomon J. Buchsbaum was a Polish American physicist and technologist, best known as chair of the White House Science Council under Presidents Ronald Reagan and George H. W. Bush, and as a senior executive at Bell Laboratories. He was born on December 4, 1929 in Stryj, Poland. Dr. Buchsbaum began at Bell in 1958 as a researcher on gaseous and solid plasmas. He wrote 50 published articles on his specialty and was awarded eight patents. He was the associate editor of three physics journals and chairman of the plasma division of the American Physical Society. He served on boards at the Massachusetts Institute of Technology, Stanford University, the Rand Corporation, Draper Laboratory and the Argonne and Sandia National Laboratories. His honors included defense and energy agency medals, the National Medal of Science from President Reagan and awards from the Institute of Electrical and Electronics Engineering and the National Academy of Engineering.