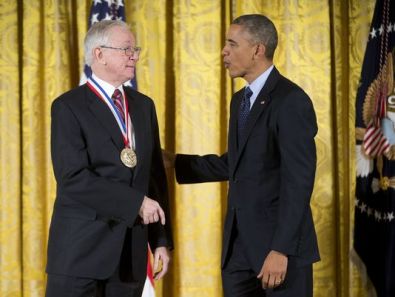 Sean Carl Solomon (born 1945) is the director of the Lamont-Doherty Earth Observatory of Columbia University, where he is also the William B. Ransford Professor of Earth and Planetary Science.Before moving to Columbia in 2012, he was the director of the Department of Terrestrial Magnetism at the Carnegie Institute in Washington, D.C.

His research area is in geophysics, including the fields of planetary geology, seismology, marine geophysics, and geodynamics.Solomon is the principal investigator on the NASA MESSENGER mission to Mercury.He is also a team member on the Gravity Recovery and Interior Laboratory mission and the Plume-Lithosphere Undersea Melt Experiment (PLUME).In 2014,he received the National Medal of Science.