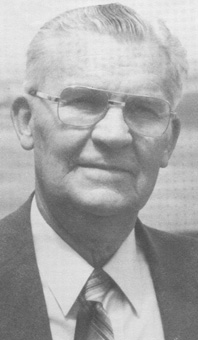 Orville Vogel was an American scientist and wheat breeder whose research made possible the "Green Revolution" in world food production. Orville Vogel was born May 19, 1907 on a farm near Pilger, Neb., to William and Emella Paige Vogel. He graduated from Pilger High School in 1925, from Yankton College in 1927 and received a bachelor's in agriculture in 1929 and a masters' in 1931, both from the University of Nebraska. He received his doctorate in agronomy from Washington State College, now Washington State Universty, in 1939. He received the National Medal Of Science in 1975.