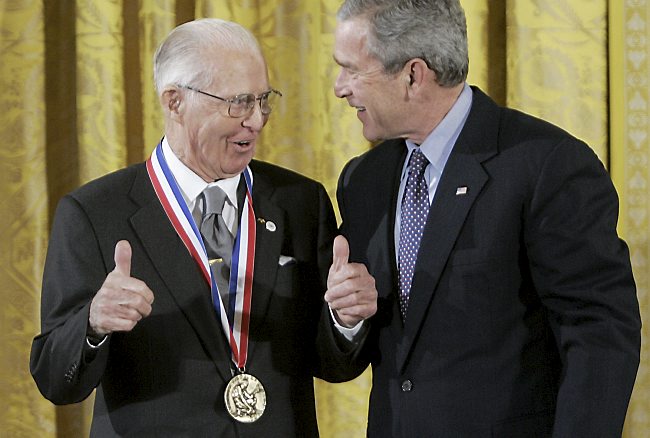 Norman Ernest Borlaug was an American biologist, humanitarian and Nobel laureate who has been called "the father of the Green Revolution",agriculture's greatest spokesperson" and "The Man Who Saved A Billion Lives". Norman Borlaug was born on March 25, 1914 in Cresco, Iowa, United States. He received the Bachelor of Science degree in 1937, he worked for the U.S. Forestry Service at stations in Massachusetts and Idaho. Returning to the University of Minnesota to study plant pathology, he received the master's degree in 1939 and the doctorate in 1942. From 1942 to 1944, he was a microbiologist on the staff of the du Pont de Nemours Foundation where he was in charge of research on industrial and agricultural bactericides, fungicides, and preservatives. In 2004, he received the National Medal Of Science.