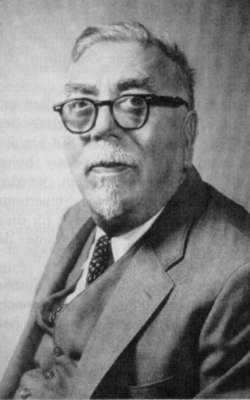 Norbert Wiener was an American mathematician and philosopher. He was Professor of Mathematics at MIT. Norbert Wiener was born in 1894, on November 26, in Columbia (Missouri). His father, Leo Wiener, once a professor of Slavic languages at Harvard, came from Byelostok in Tsarist Russia. After graduating from Ayer High School in 1906 at 11 years of age, Wiener entered Tufts College. He was awarded a BA in mathematics in 1909 at the age of 14, whereupon he began graduate studies of zoology at Harvard. In 1910 he transferred to Cornell to study philosophy. He was awarded a Ph.D. by Harvard at the age of 18. In 1963, he received the National Medal Of  Science.  He died, aged 69, in Stockholm, Sweden.