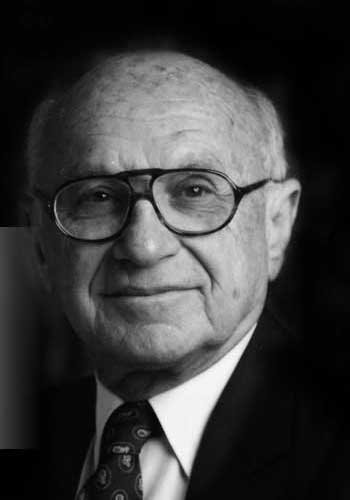 Milton Friedman was an American economist noted for his support for free markets and a reduction in the size of government. In 1976 he was awarded a Nobel Prize in Economics. Milton Friedman was born on 31st July, 1912 in Brooklyn, New York. He was born to Jeno Friedman and Sara Landau. Both his parents were Jewish immigrants from Beregszász in Hungary. Friedman was one year old when his family moved from Brooklyn, New York, to Rahway, New Jersey, where he grew up. He won a scholarship to Rutgers University, studied mathematics and economics, and earned a bachelor’s degree there in 1932.Professor Friedman was awarded the Presidential Medal of Freedom in 1988 and received the National Medal of Science the same year.