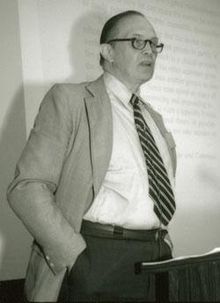 George Armitage Miller  was one of the founders of the cognitive psychology field. He also contributed to the birth of psycholinguistics and cognitive science in general. Miller wrote several books and directed the development of WordNet, an online word-linkage database usable by computer programs. He authored the paper, "The Magical Number Seven, Plus or Minus Two," which experimentally discovered an average limit of seven for humanshort-term memory capacity. This paper is frequently cited in both psychology and the wider culture. He also won awards such as the National Medal of Science. George A. Miller was born February 3, 1920, in Charleston, West Virginia. In 1940 he received a Bachelor of Arts degree from the University of Alabama and in 1946 he received his Ph.D. in Psychology from Harvard University. He died in 2012 at his home in Plainsboro, New Jersey of complications of pneumonia and dementia.