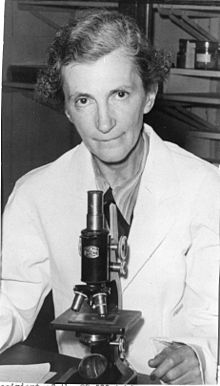 Elizabeth C. Crosby was an American neuroanatomist. Crosby received the National Medal of Science from President Jimmy Carter in 1979 "for outstanding contributions to comparative and human neuroanatomy and for the synthesis and transmission of knowledge of the entire nervous system of the vertebrate phylum. Elizabeth Caroline Crosby was born on October 25, 1888, to Lewis Frederick and Frances Kreps Crosby. Crosby graduated from Adrian College with a Bachelor of Science in mathematics in 1910. Influenced by professor of physics and chemistry Elmer Jones, she attended the University of Chicago under C. Judson Herrick and received her Masters of Science in biology in 1912 and then her Ph.D. in anatomy in 1915 via a fellowship. He died on July 28, 1983.