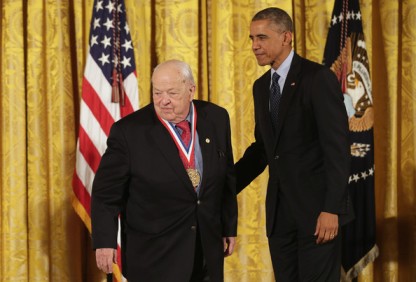 Burton Richter (born March 22, 1931) is a Nobel Prize-winning American physicist. He led the Stanford Linear Accelerator Center (SLAC) team which co-discovered the J/? meson in 1974, alongside the Brookhaven National Laboratory (BNL) team led by Samuel Ting. This discovery was part of the so-called November Revolution of particle physics. He was the SLAC director from 1984 to 1999.In 2014,he received the National Medal of Science.