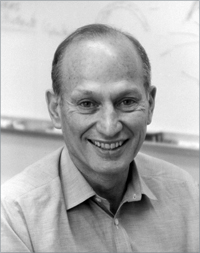 Amnon Yariv (born 1930) is an Israeli-American professor of applied physics and electrical engineering at Caltech, known for innovations in optoelectronics. In 2009, Yariv was selected as a winner of the National Medal of Science for "scientific and engineering contributions to photonics and quantum electronics that have profoundly impacted lightwave communications and the field of optics as a whole. Yariv has authored several texts on optical electronics and photonics. He has said that the highlight of his group's work was the invention of the semiconductor distributed feedback laser, a device widely used in the Internet's fiber-optic communications.