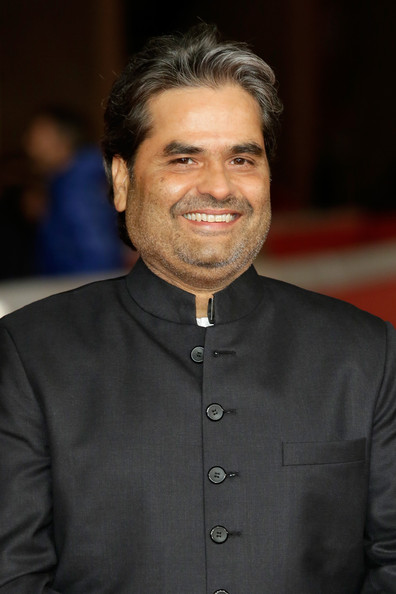 Vishal Bhardwaj is an Indian film director, screenwriter, producer, music composer and playback singer. He is known for his work in Hindi cinema, and is the recipient of a Filmfare Award and seven National Film Awards in four categories. He was born on 4 August 1965 in Bijnor, Uttar Pradesh, India. As a young man, Vishal moved to Delhi. He pursued his graduation in the famous Hindu College of Delhi University where he nurtured his talents and also met love of his life.He started playing harmonium for little known ghazal singers at the various food festivals in Delhi's Pragati Maidan. He was later introduced to R.V. Pandit, who offered him a job in his CBS music company in Delhi. A friend recommended him to the filmmaker Gulzar, with whom he successfully collaborated on TV serials such as Jungle Book, Alice in Wonderland and Guchche. Vishal composed the music for Maachis, a film directed by Gulzar. The musical score for Maachis was received to critical and commercial acclaim and earned Vishal the Filmfare R D Burman Award in 1996. Since then, Vishal has scored music for several Hindi films such as Satya, Chachi 420 ,Omkara and a host of other popular projects.

Vishal Bhardwaj turned director with his children's film Makdee which was criticaly acclaimed by the critics. He then made the first of his Shakespearean adaptation, Maqbool, based on Macbeth.The film is regarded as one of the finest films ever made in Indian History This was followed up by yet another children's film, The Blue Umbrella based on Ruskin Bond's story of the same name.This film also met with exceptional critical acclaim throughout. Omkara marked the second of Vishal's Shakespearan endeavours, this time an adaptation of Othello. Omkara was a great success story abroad and affirmed Vishal's maverick status further. In 1996, Bhardwaj won the Filmfare RD Burman Award for New Music Talent for Maachis. He later won the National Film Award for Best Music Direction for Godmother. He then went on to win two consecutive awards: The Blue Umbrella, which won the National Film Award for Best Children's Film and National Film Award-Special Jury Award for Omkara. Bhardwaj got two Filmfare nominations for Kaminey in Best Director and Best Music Director categories. He won his second National Film Award for Best Music Direction, for his production venture Ishqiya. At the 62nd National Film Awards, Bhardwaj won the Best Music Director and Best Screenplay (Dialogues) award for Haider. In 2016, Bhardwaj was awarded with Yash Bharti award by the Government of Uttar Pradesh for his contribution in the field of cinema.