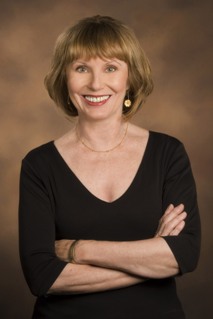 Patricia McBride (born August 23, 1942 in Teaneck, New Jersey) is a ballerina who spent nearly 30 years dancing with the New York City Ballet.McBride joined the New York City Ballet in 1959. She became a principal in 1961, making her the company’s youngest principal. In the 30 years she spent dancing with the company she had numerous roles created for her by George Balanchine such as: Hermia in A Midsummer Night's Dream; Tarantella; Colombine in Harlequinade; the ballerina role in the Intermezzo of the Brahms–Schoenberg Quartet; Rubies; Who Cares?;Divertimento from Le Baiser de la Fée; Swanilda in Coppélia; Pavane; the paper ballerina in The Steadfast Tin Soldier; the Pearly Queen in Union Jack and the "Voices of Spring" section of Vienna Waltzes.

Jerome Robbins created roles for McBride in Dances at a Gathering (pink), In the Night (third nocturne), The Goldberg Variations, The Four Seasons (fall) and Opus 19/The Dreamer, among other ballets. McBride was featured in the documentary film A Portrait of Giselle.McBride was honored with a special performance of the City Ballet on June 4, 1989 at the New York State Theater at New York City's Lincoln Center on her retirement.McBride was recognized on December 7, 2014, as a Kennedy Center Honors recipient.