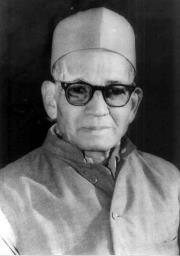 Like Sarat Chandra Chatterjee in Bengali, and Munshi Premchand in Hindi, Khandekar had found an endeared niche in every Marathi reader's heart. These three novelists transcended the boundaries of their respective languages. Their sympathies were with the down-trodden, the oppressed and the depressed. They gave a language to the millions of those suffering social injustice. They advocated the equal rights of Indian woman, in family and in the social milieu. He lived on writing. Influenced by the interest for social reform imbibed from the writings of other legendry Marathi writers, Khandekar was preaching socialism through his fiction and essays. He even wrote a scenario for a Tamil film. Art for him was not for the sake of art but was for life. His style was full of poetic flashes, replete with descriptions and allegories.

Vishnu Sakharam Khandekar was selected as the president of annual Marathi Sahitya Sammelan in 1941 in Solapur. In 1968, he was conferred with the Padma Bhushan Award by the Government of India in appreciation of his literary works. He won the Sahitya Akademi Award, Maharashtra State Award in 1960 and the Jnanpith Award in 1974 for his novel 'Yayati' based on mythology re-interpreted in modern light. In the year 1998, a commemorative postage stamp was issued in his memory by the Government of India. Vishnu Sakharam Khandekar died on 2nd September, 1976.