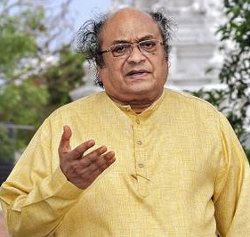 Cingireddy Narayana Reddy is an Indian poet and writer. He won the Jnanpith Award in 1988 and is considered to be an authority on Telugu literature. He is known as Cinare. His lyrics for Telugu movies are equally famous. He has written more than 1000 songs for films. Government of India honored him with the titles Padmashree (1977) and Padmavibhushan (1992). He received it in the year 1988 for his masterpiece – Viswambhara, poetic work. This work has been translated to three different languages till now. Andhra University, Waltair honored him with Kala Prapurna (Honoris causa) in 1978. He has also received Soviet Land Nehru award in the year 1982. Dr. Reddy's poetry is characterized by universal values of humanism, hope and well being of the people. He is also known as an educational administrator. Dr. Reddy was nominated to the Upper House of Indian Parliament in August 1997.

Reddy was deeply influenced by Urdu language and used this language beautifully in his poetic works as well. He was attracted to Ghazals most. He is not particularly influenced by any of the poets who preceded him. Reddy was born on July 29, 1931 in Andhra Pradesh in a remote village of Karimnagar district. Reddy has instituted an annual award for female writers and it was named after his wife, Susheela. He was conferred with the Raja-Lakshmi Award by the Sri Raja-Lakshmi Foundation in 1988 and in 1992 he was honoured with Padma Bushan.