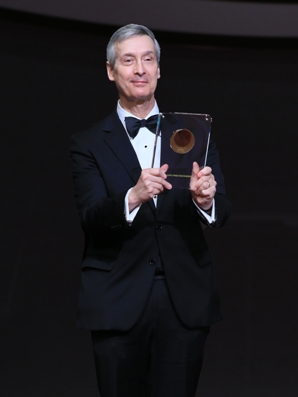 Charles David Allis (born March 22, 1951) is an American molecular biologist, and is currently the Joy and Jack Fishman Professor and Head of the Laboratory of Chromatin Biology and Epigenetics at The Rockefeller University. In pursuit of understanding the DNA-histone protein complex and the intricate system which allows for gene activation, the Allis lab focuses on chromatin signaling via histone modifications - acetylation, methylation and phosphorylation.

Allis is best known for deciphering regulatory mechanisms that impinge upon the fundamental repeating unit of chromatin and for identifying the responsible enzyme systems that govern the covalent modifications of histone proteins, the principal components that organize chromatin.He received Japan prize in 2014 for the discovery of histone modifications as fundamental regulators of gene expression.