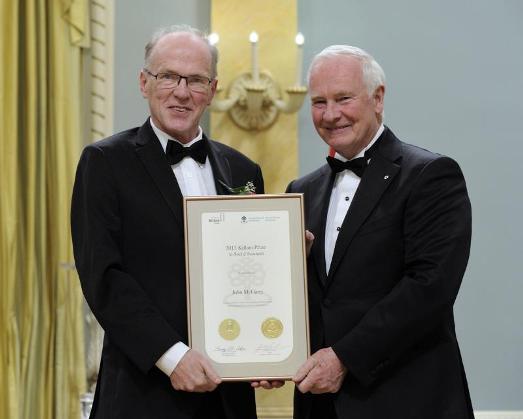 John McGarry (born 1957) is a political scientist from Northern Ireland. He was born in Belfast and grew up in Ballymena, County Antrim. He is currently Professor of Political Studies and Canada Research Chair in Nationalism and Democracy at Queen's University in Kingston, Ontario. He is the author of numerous influential books about ethnic conflict and, in particular, the Northern Ireland conflict. Many of these books were co-authored with Brendan O'Leary, whom McGarry met when they both attended Saint MacNissi’s College.McGarry and O'Leary's Policing Northern Ireland: Proposals for a New Start (Blackstaff Press, 1999) had a significant influence on the work of the Independent Commission on Policing for Northern Ireland.He currently sits on the advisory council of the Centre for the Study of Democracy and worked as a senior advisor on power-sharing to the United Nations in 2008-09.In addition to teaching, he is currently the senior advisor on governance to the UN-led negotiations in Cyprus.In 2013 he was awarded the Izaak Walton Killam Award for his contribution to the field of social sciences.