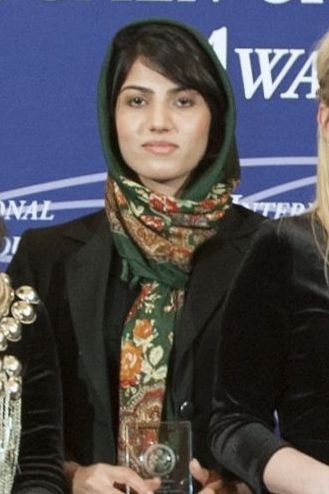 Niloofar Rahmani (born 1992) is the first female fixed-wing Air Force aviator in Afghanistan's history and the first female pilot in the Afghan military since the fall of the Taliban in 2001. Though her family received death threats, she persevered to complete her training and won the U.S. State Department's International Women of Courage Award in 2015.