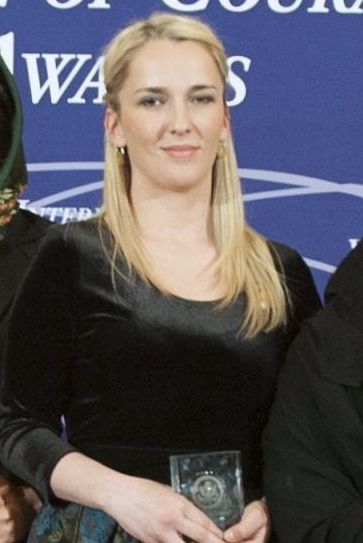 Arbana Xharra is an investigative journalist from Kosovo. She has won numerous awards for her reporting and was a 2015 recipient of the International Women of Courage Award from the US State Department.Arbana Xharra has been working as a journalist since 2001.She worked for Koha Ditore, the first independent newspaper established in Kosovo, in 2006 and 2007. She has been a contributor to Balkan Insight and is currently editor-in-chief of Zëri.