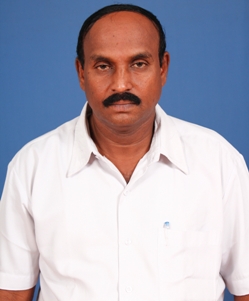 Marimuthu Bharathan (born 9 January 1961) is a Dalit human rights defender from the south Indian state of Tamil Nadu. He was awarded the 2012 Human Rights Tulip by the Dutch government, but was refused a passport to leave India to receive the award in person, due to a pending murder charge that he strongly denies.In December 2012 Bharathan was pronounced winner of the annual Dutch Human Rights Tulip award.