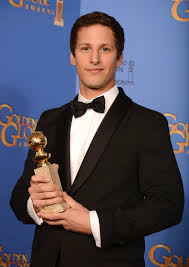 David A. J. "Andy" Samberg (born August 18, 1978) is an American actor, comedian, writer, producer, and member of the comedy group The Lonely Island. He was a cast member on Saturday Night Live (2005â€“2012), where he and his fellow group members have been credited with popularizing the SNL Digital Shorts.He also starred in Hot Rod, I Love You, Man, That's My Boy, Celeste and Jesse Forever and Hotel Transylvania. He currently stars in the sitcom Brooklyn Nine-Nine, for which he won a Golden Globe in 2014.

Samberg majored in experimental film, including the music video for James Kochalka's song "Monkey vs. Robot" as Monkey.Before joining the late night comedy show SNL, he became a YouTube and internet star and made his own comedy videos with his two friends Akiva Schaffer and Jorma Taccone. When YouTube was created in 2005, the streaming of their videos became much more widespread over the internet. Samberg became a featured player on the show in part because of the work he had done on his own sketch comedy website TheLonelyIsland.com. that helped them land an agent and eventually get hired at SNL.Prior to joining its cast, Samberg was (and remains) a member of the comedy troupe The Lonely Island (along with Taccone and Schaffer). The trio began writing for Saturday Night Live in 2005 and released their debut album, Incredibad in 2009. Samberg has appeared in numerous theatrical films, commercials, music videos and has hosted special events, including the 2009 MTV Movie Awards. In 2012, Samberg delivered the Class Day speech at Harvard University and starred with Adam Sandler twice in That's My Boy and Hotel Transylvania. In September 2012, Samberg played Dale Ashbrick in a BBC Three's, Cuckoo and detective Jake Peralta in FOX's police sitcom, Brooklyn Nine-Nine which first aired on September 17, 2013. 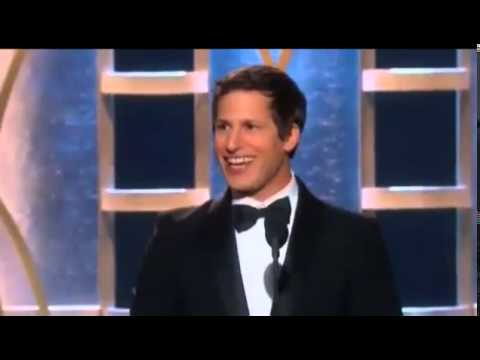