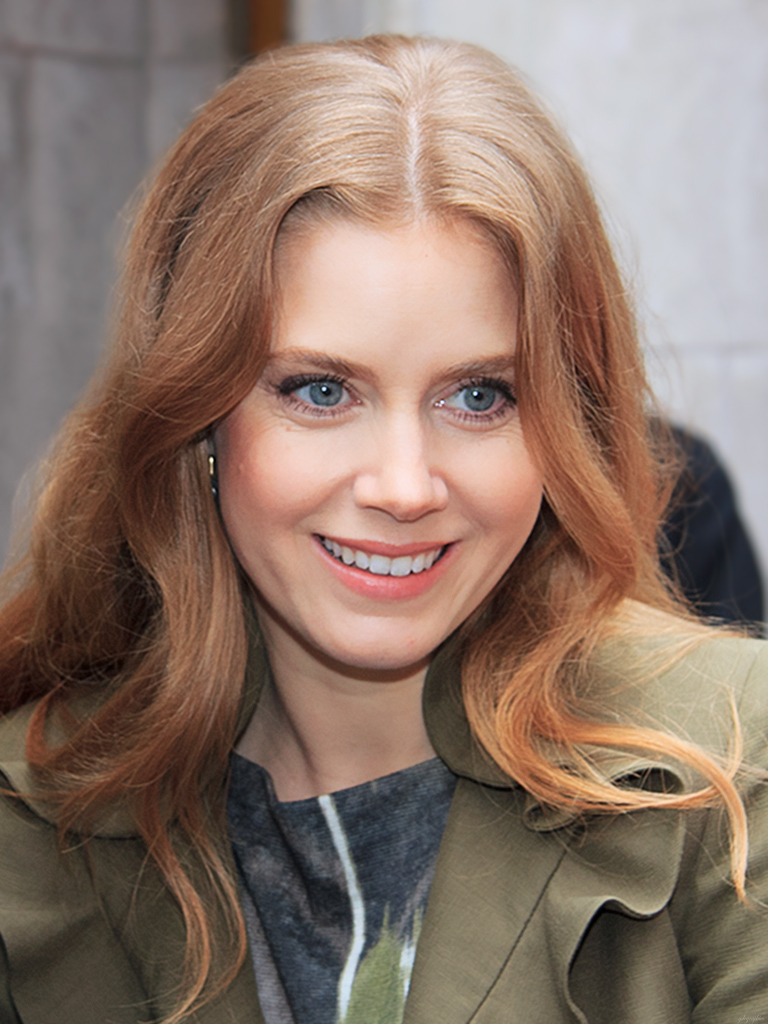 Amy Lou Adams (born August 20, 1974)is an American actress and singer. Adams began her career on stage performing in dinner theatre and later made her feature film debut in Drop Dead Gorgeous. After moving to Los Angeles and appearing in a series of television guest appearances and roles in B movies, Adams appeared as Brenda Strong in Steven Spielberg's Frank Abagnale biopic Catch Me If You Can. Her breakthrough role came in the 2005 independent film Junebug, for which she received critical acclaim and her first of five Academy Award nominations for Best Supporting Actress. In 2007, Adams starred in the Disney animated classic musical film Enchanted, a critical and commercial success, and received a Golden Globe Award nomination for her lead performance. She received her second Academy Award and Golden Globe nominations and first BAFTA Award nomination for her supporting role in the 2008 film Doubt.

Adams received two more Golden Globe, BAFTA and Academy Award nominations for her supporting roles in the 2010 sports drama The Fighter and the 2012 psychological drama The Master. She achieved further success in 2013 for portraying Lois Lane in the Superman movie Man of Steel, a supporting role in the Spike Jonze-directed comedy-drama Her, and a con artist in David O. Russell's crime film American Hustle; the last of these won her a Golden Globe Award for Best Actress in a Musical or Comedy along with a fourth BAFTA nomination, and a fifth Oscar nomination, her first in the Best Actress category. In 2014, she portrayed Margaret Keane in Tim Burton's Big Eyes, for which she received her sixth Golden Globe nomination and fifth BAFTA nomination.