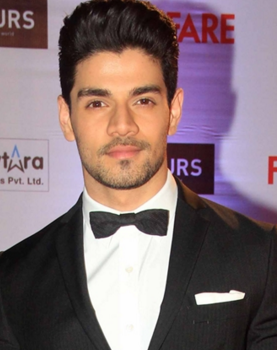 Sooraj Pancholi is an Indian film actor popular in bollywood. He was born on 5 July 1990 in Lucknow, Uttar Pradesh. He has been launched by superstar Salman Khan's home production "Hero". His father, Aditya Pancholi is a film actor and mother, Zarina Wahab is also an actress, who works in both television and films. At the age of 14, Sooraj left his parents home to stay with his grandparents. After they passed away, he has seen his own livelihood. He is a big fan of his mother Zarina Wahab's work especially in Chit Chor and Gharoanda. Sooraj has been waiting for his debut in Bollywood. He has been learning acting skill as well as dancing and martial arts. He is eagerly waiting for the right break in bollywood and it looks so that remake of Hero will provide him one. Recently, His upcoming bollywood film “Hero” first look out. Sunil Shetty’s daughter Athiya Shetty is also debuting in Bollywood with this movie opposite Sooraj Pancholi. Hero is an upcoming Indian action film directed by Nikhil Advani and co-written with Umesh Bist, a remake of Subhash Ghai’s directed 1983 film of the same name, which starred Jackie Shroff. The film stars Sooraj Pancholi and Athiya Shetty. In 2016, he received the Best Male Debut Filmfare Award for Hero movie.