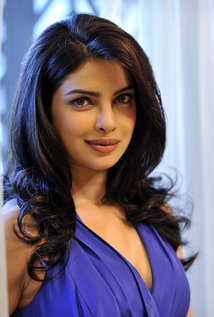 Priyanka Chopra is an Indian film actress and singer, and the winner of the Miss World pageant of 2000. Priyanka Chopra was born on July 18, 1982, in Jamshedpur, India. She started high school in Massachusetts before moving to British Columbia, Canada. From there it was back to India, and Chopra then attended the Army Public School at Bareilly. It was during this period that Chopra’s life would begin to switch gears, as she entered and won the May Queen contest at the Bareilly Club. In 2002, she first appeared in the Tamil song 'Thamizhan' and in 2003 made her Bollywood debut with the movie 'The Hero: Love Story of a Spy' as a supporting actress. She performed her first lead role in the movie Andaaz(2003). She is one of the rare beauties who is fond of bike and is proud owner of a pink Harley Davidson. She has won Best India Act category at the Europe Music Awards 2015. In 2005, Priyanka starred in six films. Her four films, Blackmail, Karam, Yakeen and Barsaat failed to do well at the box-office. But her other two releases, Waqt: The Race Against Time and Bluffmaster did decent business. In 2006, Chopra starred in two of the most successful films of the year, Krrish and Don. Her consequent releases in 2007, Salaam-e-Ishq and Big Brother, were flops. In 2016, she received the Best Supporting Actress Flimfare Award for Bajirao Mastani.

In addition to her acting career, Chopra participates in stage shows, has written columns for newspapers, and is a prominent celebrity endorser for brands and products. She released her first single "In My City" in 2012. Her second single "Exotic" debuted in 2013, and charted in countries such as the United States and Canada.