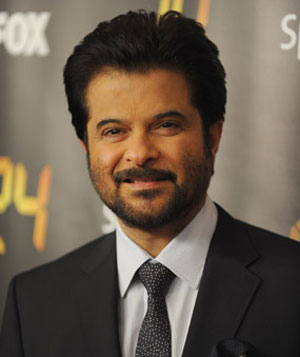 Anil Kapoor is an Indian Legendary actor and producer who has appeared in many Bollywood films and more recently international films. Kapoor's career has spanned almost 40 years as an actor. He was the producer for the critically acclaimed movie Gandhi, My Father. Kapoor  was born on 24 December 1956 in Chembur Mumbai, Maharashtra, India. Anil is often credited as being the 2nd biggest star of Bollywood during 80's, after Sanjay dutt. He has also been introduced in Tollywood with the lead role in Vamsa Vruksham (1980), biggest blockbuster hit film of that year. He has won his first Filmfare Award for Best Supporting Actor category in Yash Chopra's Mashaal (1984).

He also starred in many other critically and commercially successful films, including Woh Saat Din (1983), Meri Jung (1985), Janbaaz (1986), Karma (1986), Mr. India (1987), Virasat (1997) for which he won the Filmfare Critics Award for Best Actor, Biwi No.1 (1999), Taal (1999) for which he won his second Filmfare Best Supporting Actor Award, Pukar (2000) for which he won his first National Film Award for Best Actor, No Entry (2005), and Welcome (2007). In 2016, he received the Best Supporting Actor Filmfare Award for Dil Dhadakne Do. Anil Kapoor's first role in an international film was in Danny Boyle's Academy Award-winning film Slumdog Millionaire, for which he shared the Screen Actors Guild Award for Outstanding Performance by a Cast in a Motion Picture. His performance in the eighth season of the action series 24 generated rave reviews from the American press. Globally, Anil Kapoor is one of the most recognised Indian actors.