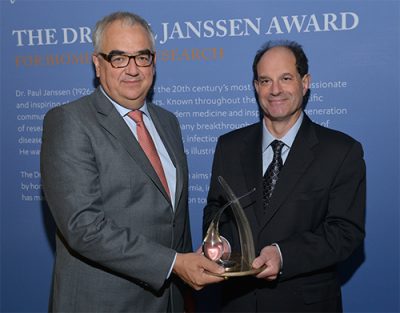 David J. Julius (born November 4, 1955) is an American physiologist. He is a professor at the University of California, San Francisco, and won the 2010 Shaw Prize in life science and medicine.A native of Brighton Beach, Julius earned his undergraduate degree from Massachusetts Institute of Technology in 1977. He attained his doctorate from University of California, Berkeley in 1984, under joint supervision of Jeremy Thorner and Randy Schekman.He received Dr. Paul Janssen Award for Biomedical Research in 2012 for his discovery of the molecular mechanism that controls thermosensation.