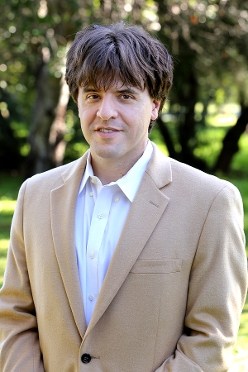 Karl Deisseroth (born 18 November 1971) is the D. H. Chen Professor of Bioengineering and of Psychiatry and Behavioral Sciences at Stanford University. He earned his A.B. in biochemical sciences from Harvard University and his M.D./Ph.D. in neuroscience from Stanford University in 1998, and completed medical internship and psychiatry residency at Stanford Medical School. He is known for creating and developing the technologies of CLARITY and optogenetics, and for applying integrated optical and genetic strategies to study normal neural circuit function as well as dysfunction in neurological and psychiatric disease.

He has led his laboratory at Stanford University since 2004, serves as an attending physician at Stanford Hospital and Clinics, and has been affiliated with the Howard Hughes Medical Institute (HHMI) since 2009.Since 2014 he is a foreign Adjunct Professor at Sweden's prestigious Karolinska medical institute.He won Dickson Prize in Medicine in 2015.