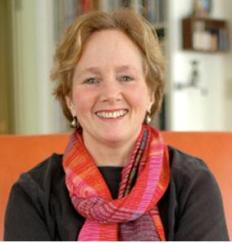 Melissa Sweet has illustrated many award-winning books for children, including A River of Words: The Story of William Carlos Williams by Jen Bryant, a 2009 Caldecott Honor Book, an NCTE Notable Children's Book, and a New York Times Best Illustrated Book. She has also written and illustrated Balloons Over Broadway: The True Story of the Puppeteer of Macy's Parade, Tupelo Rides the Rails, and Carmine: A Little More Red, a New York Times Best Illustrated Book for 2005. Her collages and paintings have appeared in the New York Times and Martha Stewart Living.She won the Caldecott Medal award in 2015 for The Right Word: Roget and His Thesaurus.