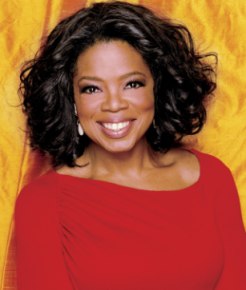 Oprah Gail Winfrey (born January 29, 1954) is an American media proprietor, talk show host, actress, producer, and philanthropist.Winfrey is best known for her talk show The Oprah Winfrey Show, which was the highest-rated program of its kind in history and was nationally syndicated from 1986 to 2011.She received Anisfield-Wolf Book Award in 2010 for Lifetime achievement.