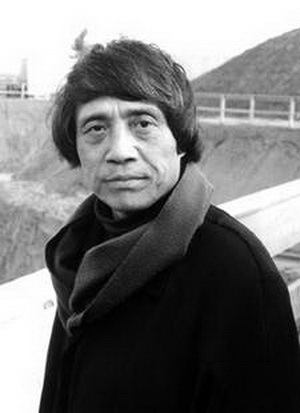 Tadao Ando is a Japanese self-taught architect whose approach to architecture and landscape was categorized by architectural historian Francesco Dal Co as "critical regionalism". He was born on September 13, 1941 in Minato-ku, Osaka, Osaka Prefecture, Japan. He worked as a truck driver and boxer before settling on the profession of architect, despite never having formal training in the field. Struck by the Frank Lloyd Wright-designed Imperial Hotel on a trip to Tokyo as a second-year high school student, he eventually decided to end his boxing career less than two years after graduating from high school to pursue architecture. He attended night classes to learn drawing and took correspondence courses on interior design. He visited buildings designed by renowned architects like Le Corbusier, Ludwig Mies Van der Rohe, Frank Lloyd Wright, and Louis Kahn before returning to Osaka in 1968 to establish his own design studio, Tadao Ando Architects and Associates. During his long and prosperous career, Tadao Ando has received almost every conceivable prize of architecture, counting among many others the Carlsberg Architectural Prize (1992), the Pritzker Architecture Prize (1995) and the Gold Medal of the AIA (2002).