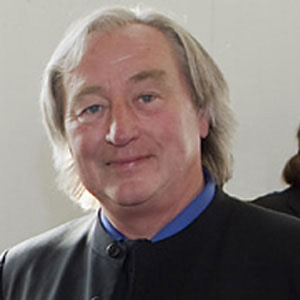 Steven Holl is a New York-based American architect and watercolorist, best known for his designs for the 2003 Simmons Hall at MIT in Cambridge, Massachusetts, the 2007 Bloch Building addition to the Nelson-Atkins Museum of Art in Kansas City, Missouri, and the 2009 Linked Hybrid mixed-use complex in Beijing, China. He was born on December 9, 1947 in Bremerton, Washington, United States. Holl graduated from the University of Washington and pursued architecture studies in Rome in 1970. In 1976, he attended graduate school at the Architectural Association School of Architecture in London and established his offices New York City. Steven Holl leads his 40-person office with partners Chris McVoy and Noah Yaffe. Holl has taught at Columbia University since 1981. He received prestigious awards for his contributions to design over the course of nearly forty years in practice, including the prestigious Alvar Aalto Medal in 1998, the AIA Gold Medal in in 2012, and the 2014 Praemium Imperiale. In 1991, Time Magazine named Holl America's Best Architect.