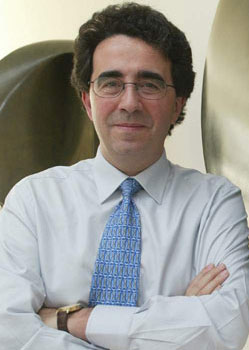 Santiago Calatrava Valls is a Spanish neofuturistic architect, structural engineer, sculptor and painter. He has offices in New York City, Doha, and Zürich. He was born on July 28, 1951 in Benimàmet, Valencia, Spain. Calatrava studied architecture at the Polytechnic University of Valencia, Spain, from which he graduated in 1974. The following year he began a course in structural engineering at the Swiss Federal Institute of Technology (ETH) in Zürich, receiving a Ph.D. in technical science (1979) for a thesis entitled “On the Foldability of Frames.” In 1981 he established his own architecture and engineering firm in Zürich. In 2005, he received the AIA Gold Medal. Calatrava has defined his style as bridging the division between structural engineering and architecture. In his projects, he claims to continue a tradition of Spanish modernist engineering that included Félix Candela, Antonio Gaudí, and Rafael Guastavino, with a very personal style that derives from numerous studies of the human body and the natural world. Architecture critics, however, see his work as a continuation of the neofuturistic expressionism of Eero Saarinen.