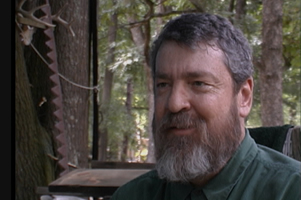 Samuel Mockbee was an American architect and a co-founder of the Auburn University Rural Studio program in Hale County, Alabama. He was born on December 23, 1944 in Meridian, Mississippi, United States. He served two years in the U.S. Army as an artillery officer at Fort Benning, Georgia. He enrolled at Auburn University and was graduated from the School of Architecture in 1974. Mockbee interned in Columbus, Georgia before returning to Mississippi in 1977, where he formed a partnership with his classmate and friend, Thomas Goodman. Mockbee was nominated posthumously in 2003 for the American Institute of Architects (AIA) Gold Medal. No Gold Medal was awarded that year, but the following year, the medal was awarded to Mockbee. He died on December in 30, 2001, Jackson, Mississippi, United States.